Jack Jumpers started working with Gloo to create hype and generate member sales in anticipation of their inaugural season. We didn’t have team or player details to utilise at this stage, so we decided to create a series of animations that show the ‘Ant Army’ coming together to support Tassie’s own Australian National Basketball League team. This created a sense of urgency and community, encouraging basketball fans to secure their seat at the renovated and renamed MyState Bank Arena.

Gloo developed the concept and commissioned the membership launch animation series, which has since been used in numerous media campaigns and on the team website. The community embraced the introduction of a local Tasmanian team and celebrated a great start to their season with a full house. 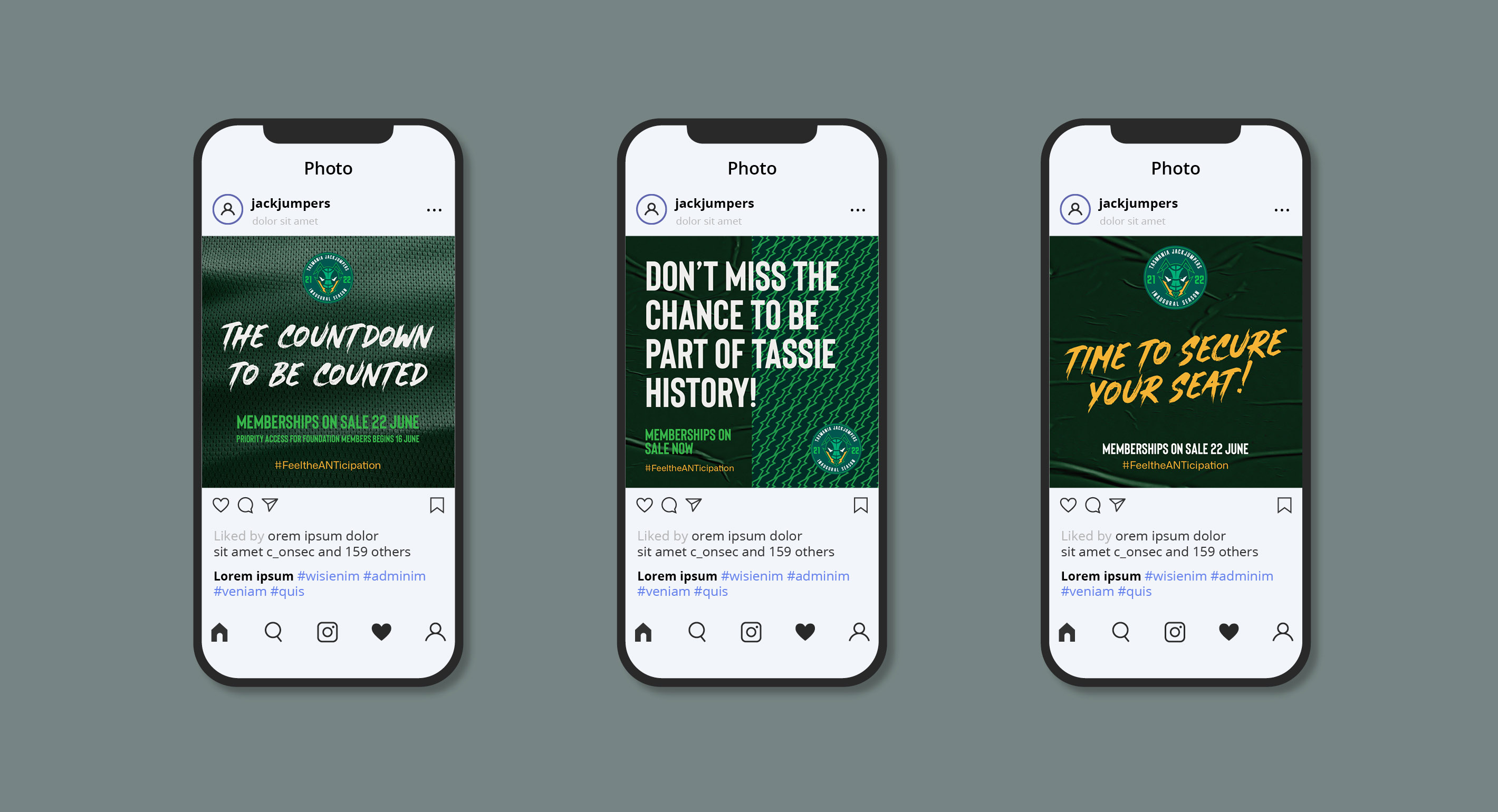